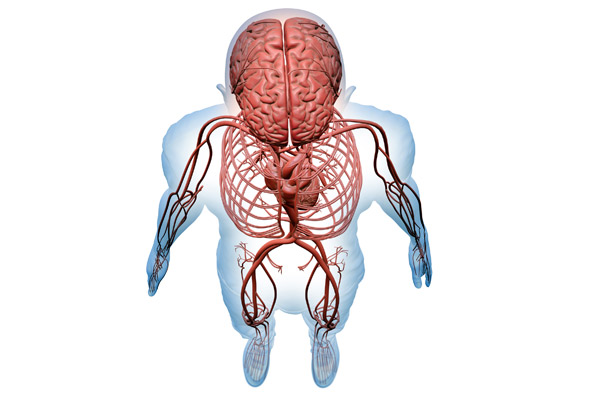 Vascular cognitive impairment (VCI), or post-stroke dementia, is estimated to be the second most common form of dementia behind Alzheimer’s disease. It accounts for 20 to 30 percent of cases and is widely believed to be under-diagnosed. Also known as Vascular Cognitive Impairment, Vascular Dementia is caused by blocked or reduced blood flow to the brain. Impaired judgment or the ability to plan is more likely to be the initial symptom rather than memory loss. Individuals who suffer from vascular dementia experience a wide variety of symptoms, many of which are shared with Alzheimer’s disease including memory loss, confusion and disorientation.

Vascular dementia can occur as a result of a severe stroke or multiple small strokes which affect the blood vessels inside the brain. When a stroke occurs, no matter how minor, it reduces the amount of oxygen and nutrients getting to the brain cells, resulting in impairment. Common warning signs include diminished judgment and planning, inability to pay attention, difficulty in social situations and struggling to find the right words. These symptoms may occur at the same time as physical stroke symptoms, such as difficulty walking or paralysis on one side of the face or body. While vascular dementia does not cause Alzheimer’s disease, or vice versa, it is not uncommon for a person to have both Alzheimer’s disease and vascular dementia.

View our flyer for more information on Vascular Dementia, risk factors and what to expect as a caregiver.

If you or a loved one has been diagnosed with Vascular Dementia, learn how an Arden Courts Memory Care Community can help in our case study.