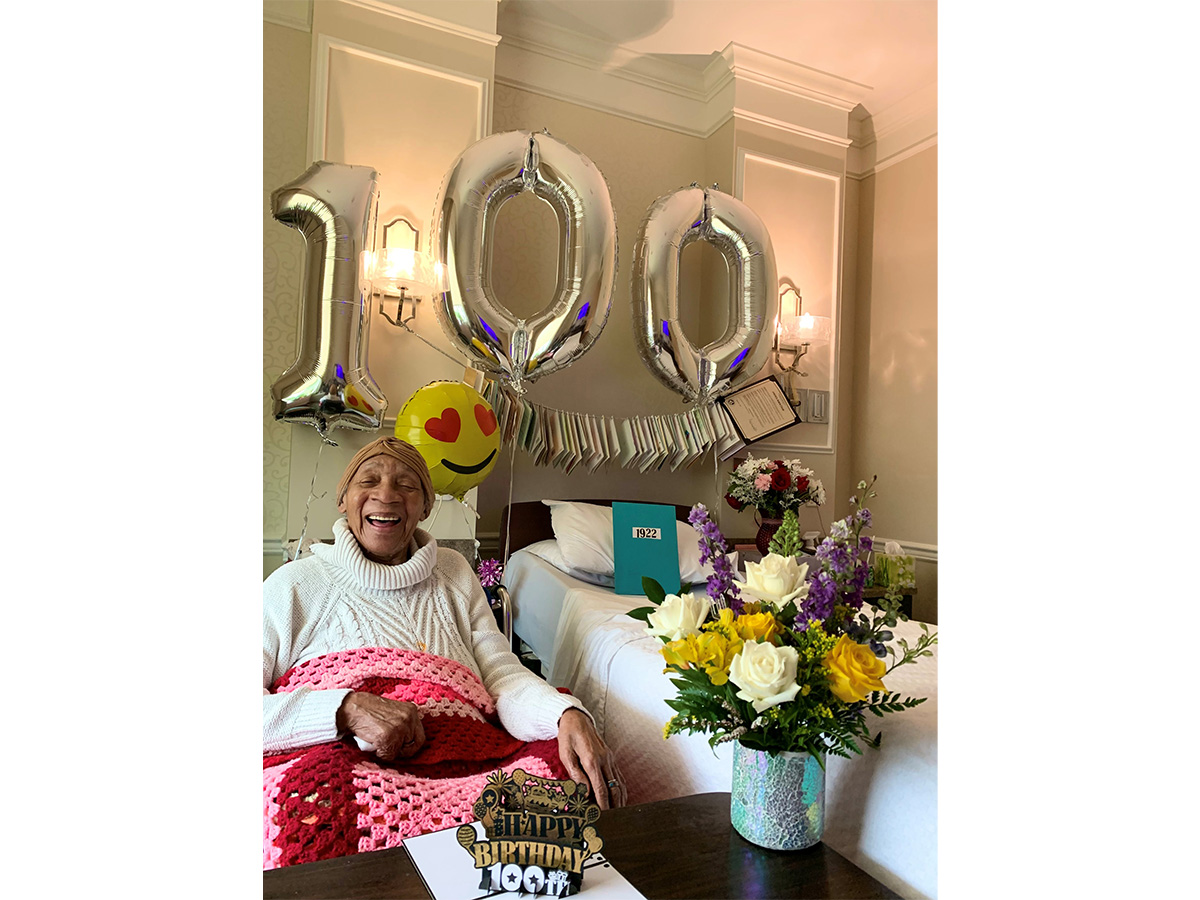 Eugenia Bullock, a resident at ProMedica Skilled Nursing and Rehabilitation (Piscataway, NJ), recently celebrated her 100th birthday surrounded by her loved ones and the employees at the center.

Eugenia was born in Marion, SC and is the second of four siblings. She loved school and played basketball during high school and went on to study nursing after graduating. She moved to Philadelphia, PA during the 1940s where she established her family and teaching career. She married Gertland Bullock in 1953 and together they had one daughter.

Eugenia was a teacher’s assistant at the Philadelphia Public School system for 40 years. She was involved in her community and became a block captain in her neighborhood along with sponsoring many community events. As a staunch advocate of education, Eugenia helped lead the initiative to integrate her daughter’s elementary school in the heavily segregated Philadelphia Public School system in the 1960s. Eugenia was also a dedicated member of the St. Matthew African Methodist Episcopal Church and a member of the senior choir.

After retiring, she moved to Piscataway, NJ in 1997 to be close to her daughter and granddaughters. She became an active member of the North Stelton AME Church and joined the Messengers for Christ Choir and the Stewardess Board. Eugenia lived in Sterling Village for 18 years and frequented the Piscataway Senior Citizen Center. Along with her dear friend, they founded the Piscataway African American Senior Citizen Club.

Eugenia enjoys spending time with her peers and the employees at ProMedica. She is active in the social and community programs at the center and always has a smile and a sweet word for everyone she meets. She treats everyone with respect, dignity and with love. Her favorite saying is, “Love you all!”