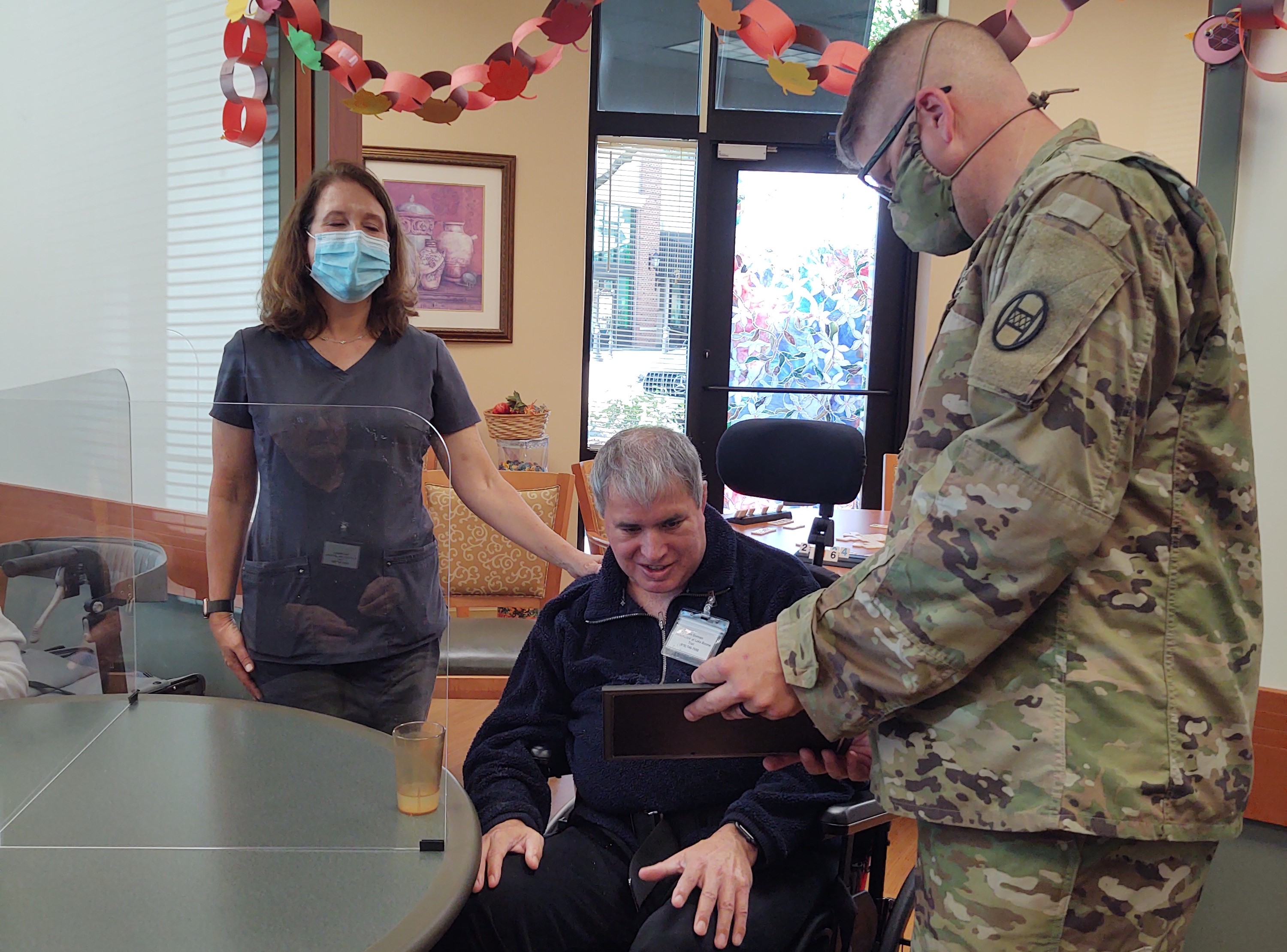 Michelle, bereavement coordinator and Matt, account liaison, with Heartland Hospice serving Raleigh-Durham, had the privilege of participating in a pinning ceremony for veteran patient, Jonathan Gorman. Jon is 55 years old and served in the military for 32 years.

Jon began his career in the United States Air Force as an enlisted man. He served as a tactical air command and control specialist in Peoria Air National Guard. He was commissioned as a Lieutenant and was an Air Liaison Officer. However, what Jon really wanted to do was fly. So, he reverted to the rank of Warrant Officer to become an Army Helicopter Pilot. He learned how to fly many of the Army’s helicopters including the Chinook, Black Hawk, OH-58 and Apache. Jon’s final assignment was in the Army National Guard at the Raleigh-Durham Airport, flying counter-drug missions. He was a safety officer and had a total of 3,000 flight hours with 400 of those hours being in Combat. Jon served in Iraq and retired from service as a Chief Warrant Officer 4.

Mila, care transitions coordinator, shared, “Michelle learned of his military service and followed through with making sure he got the recognition he deserved! His disease progression meant that if we didn’t complete this ceremony quickly, he may not be capable of participating in it, so Michelle pulled it all together to make it happen!”

Michelle commented, “The ceremony took place at Sarah Care, the adult day care where Jon attends. His wife, Emily, suggested doing the ceremony there because that is where his buddies are, and many of them are veterans as well. When I arrived at the facility, Emily shared that Jon was so excited and had been talking about it for days, even wanting to dress up and wear his jeans instead of his usual sweatpants (even though that didn’t quite work out).  After sharing about Jon’s service, Matt, account liaison who is also currently in the National Guard, presented Jon with a certificate and a pin, thanking him for his service.  Following the ceremony, all the attendees and staff enjoyed patriotic cupcakes as a treat!”

What an honor it is to serve those who have served our country! 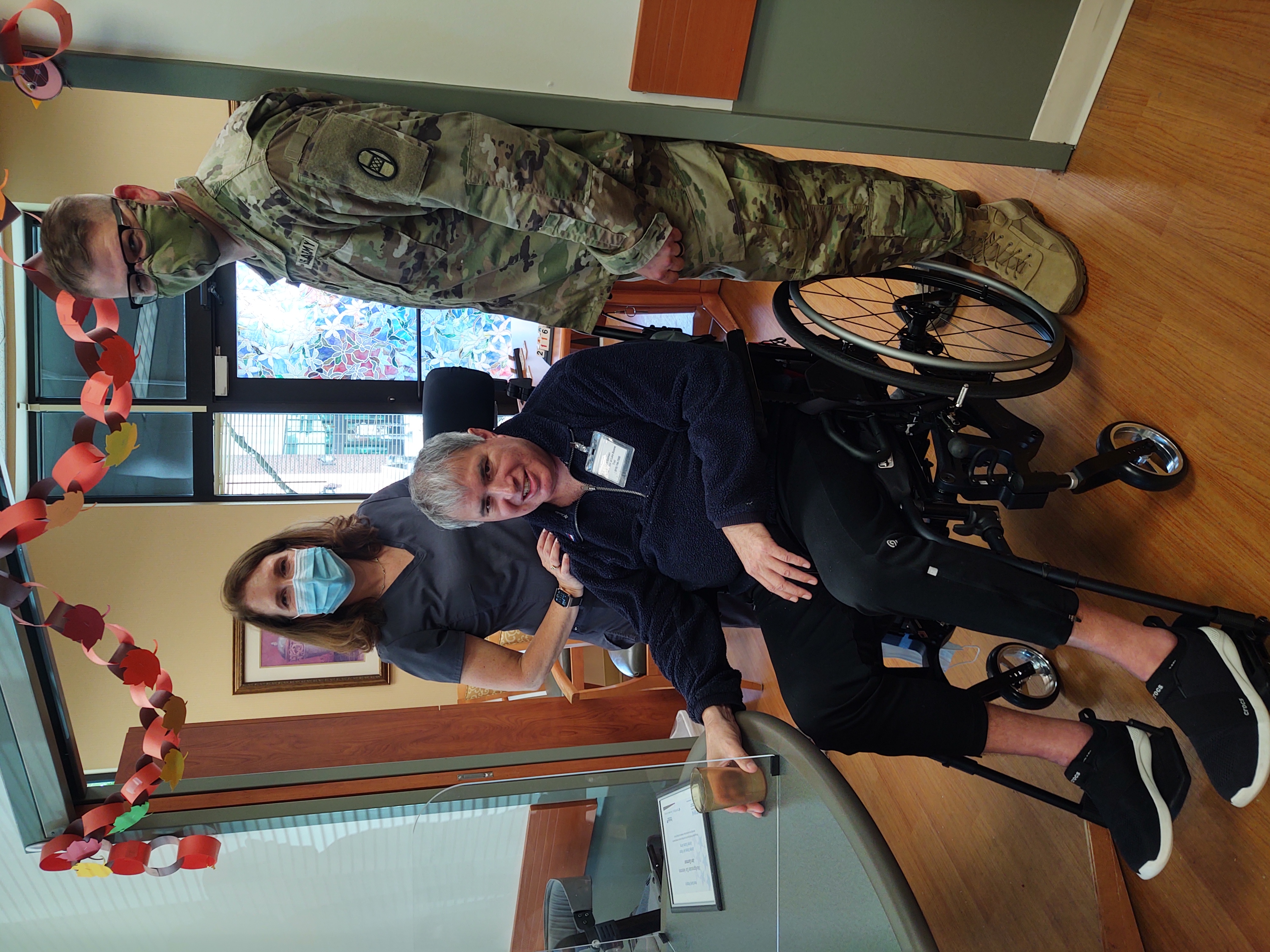 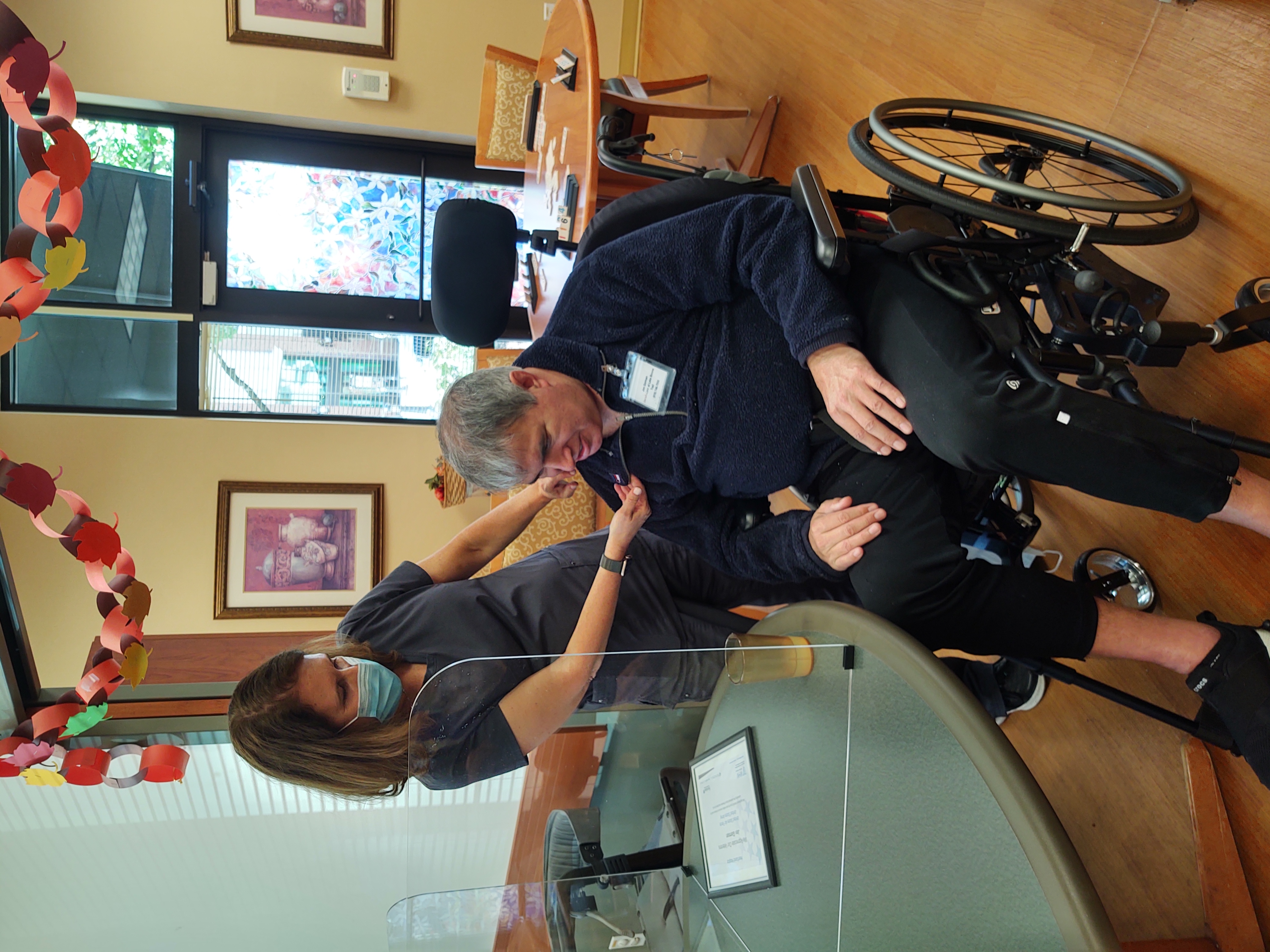 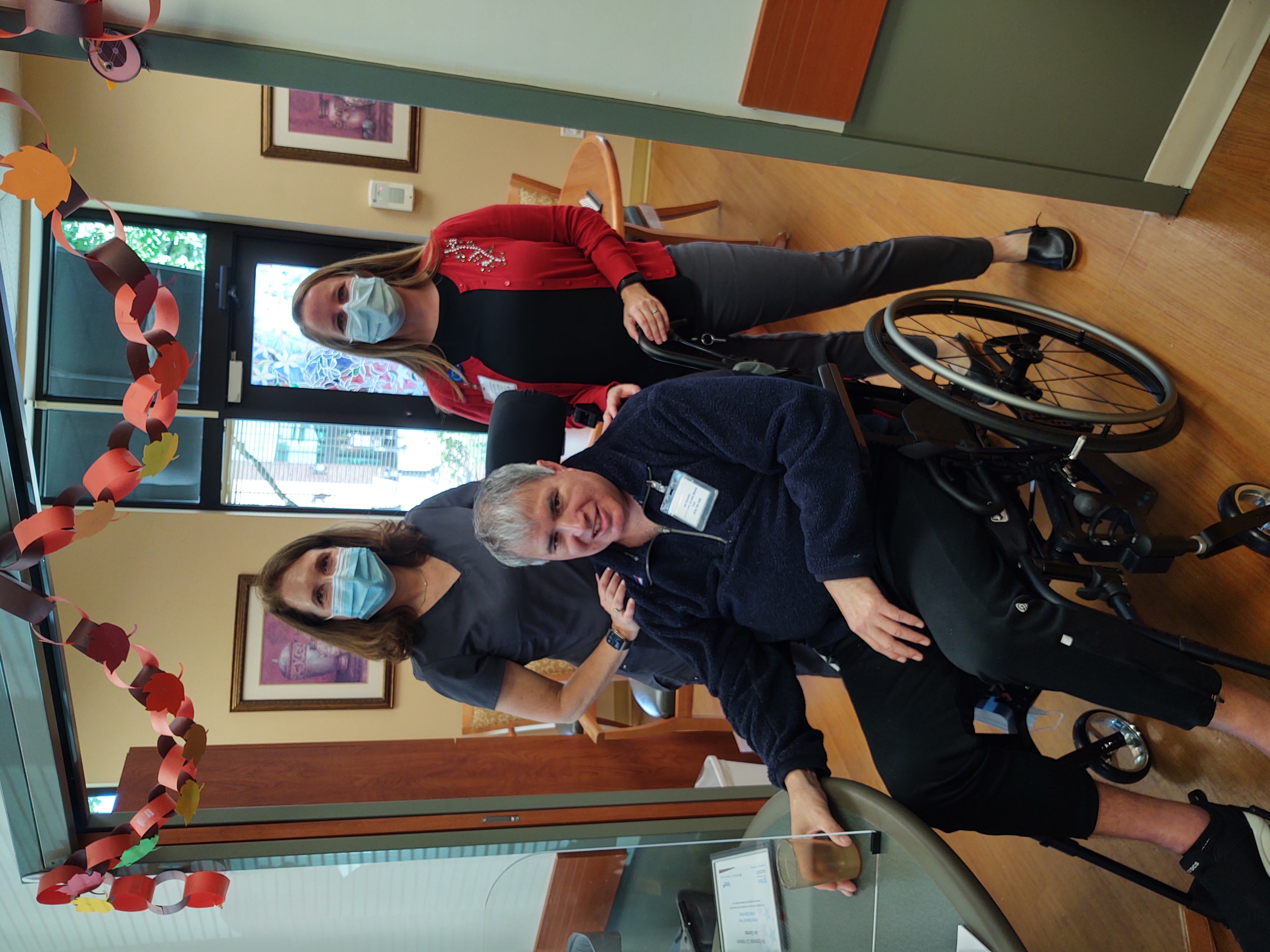