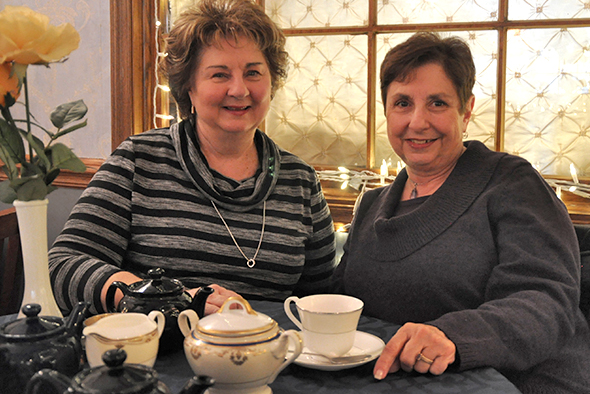 When Lu Klein and Susan Gibson met one another during a community bereavement group held by Heartland Hospice Serving Raleigh-Durham, they had no idea where their common experiences as widows would take them. Both women had lost their spouses in 2006 and by early 2007, each had found their way to Heartland’s Bereavement Group hoping to find support in coping with the great losses they had experienced.

Within weeks, Lu and Susan had found a much needed connection and formed strong bonds of friendship. At the end of the formal bereavement group, they continued meeting at Lu’s home for several years. “We helped each other through a lot of difficult times,” said Lu. “Sometimes it felt overwhelming,” Susan confessed, “but we reminded each other that everything can be fixed!”

With the strength they were gaining from their friendship, both Lu and Susan felt drawn to “give back” in some way. They chose to put their energies into volunteering with Heartland Hospice. “I was doing something I felt called to do. I knew what it was like to lose somebody, and I could use that experience to help others,” Lu said. Susan also found comfort in volunteering and admitted that it was a good feeling to be needed somewhere.

And needed they were! For the past seven years, Lu and Susan have remained faithful volunteers for Heartland Hospice. They found joy and healing in their work on behalf of others who are grieving. “I just wanted to be a part of something that lets others know ‘You are stronger that you think you are; you really will get through this!’” Lu said.

Through their relationships and their volunteer service, Lu and Susan are most certainly facing the future with hope! Heartland Hospice Serving Raleigh-Durham cannot express how thankful they are for the many ways Lu and Susan have impacted the lives of those in their community who have faced a loss of a loved one.