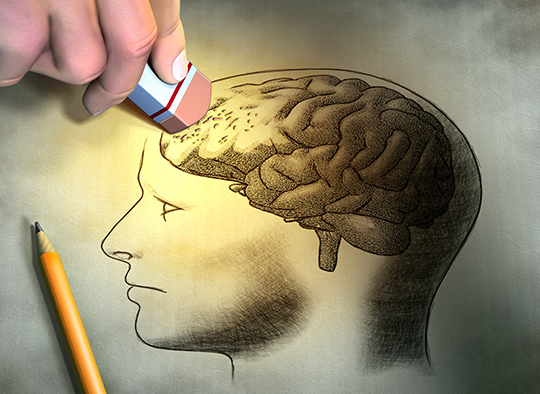 Frontotemporal Dementia (FTD) is often misdiagnosed as a psychiatric disorder or Alzheimer’s disease. Signs and symptoms vary depending on what section of the brain is being affected.

FTD is a disease which causes progressive damage to the temporal and/or frontal lobes of the brain. The disorder also may be referred to as frontotemporal lobar degeneration (FTLD) or Pick’s disease.

Most people living with this disease will endure dramatic changes in their personality, becoming impulsive or emotionally indifferent. Sometimes, they eventually lose the ability to use and understand language.

The lack of language skills is a highly devastating symptom, often coinciding with social withdrawal. Naturally, this leaves the person hiding in a shell of solitude. Many may develop what is known as Primary Progressive Aphasia (PPA). This symptom usually starts developing around the second year of the disease. With this type of dementia, you may not see the characteristic of memory loss as you would with Alzheimer’s disease. Instead, you may first notice a person’s inability to concentrate and extreme changes in such a person’s behavior. This often misleads many physicians into believing their patients are experiencing psychiatric problems.

Here are a few signs of FTD to be aware of:

This disease onset typically strikes people between the ages of 50s and 60s. But according to the Association for Frontotemporal Degeneration (AFTD), it has been seen as early as 21 years old and as late as 80 years. Roughly 60% of the cases are between 45-64 years of age.

Problems may also occur with motor skills, similar to those of Parkinson’s disease or Amyotrophic Lateral Sclerosis (ALS) also known as Lou Gehrig’s disease. This disease attacks the frontal or temporal lobes (possibly both) of the brain, creating those sections to wither or shrink.

Recently, I had a phone conversation with a woman whose husband, at the age of 62, has been diagnosed with FTD. She said that his doctor initially diagnosed him with depression. Soon after, he was dismissed from his job for many years due to a lack of concentration. The doctors have told her that disease has now progressed into the latter stages.

As he is now experiencing hallucinations, I genuinely feel for her. One thing which amazed me is her husband tells her that he thinks something is wrong behind his forehead. Because of his loss of language skills, he now only speaks to her or to close family members. This behavior appears on the surface as being unsociable, but it is a symptom of the disease.

There are so many different types of dementia in existence. However, the thing they all have in common is they are all extremely difficult to diagnose. The earlier the patient does get appropriately diagnosed, the better they can genuinely be cared for.

For more information on FTD, please visit the Association for Frontotemporal Degeneration’s website which is www.theaftd.org.