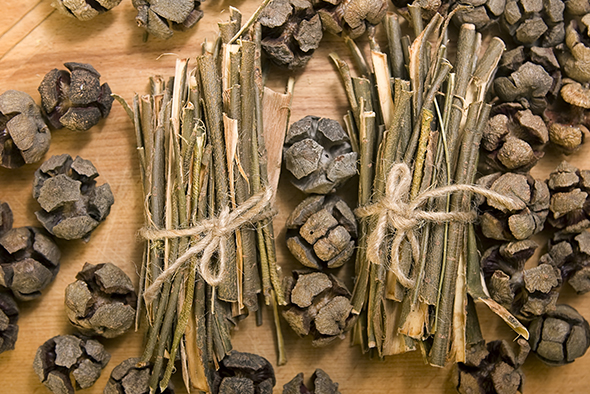 From Willow Bark to Aspirin

Anti-inflammatories are taken daily for the treatment and prevention of stroke, headaches, muscle pain, arthritis, fevers, and other minor aches and pains. We take them with a glass of water and expect them to do their job by relieving our discomfort. But, we take for granted the ingredients used in the anti-inflammatories and the qualities they possess to alleviate our symptoms. Willow bark, from the white willow or weeping willow tree, is a natural anti-inflammatory used in aspirin. Willow bark contains an active ingredient called Salicin, which researchers believe can be used to reduce pain and inflammation. In fact, the use of willow bark as a pain relieving substance can be traced back to the time of Hypocrites, when people would bite down and chew on willow bark for the purpose of relieving their pain. Years of research and trials have proven that the people of Hypocrites time were correct in discovering the benefits of willow bark in treating certain ailments. Chemists have since modified Salicin and created aspirin, or acetylsalicylic acid. Aspirin works by reducing the levels of prostaglandins, chemicals that are released when there is inflammation, by blocking the enzyme that makes prostaglandins (cyclooxygenase) reducing inflammation, pain and fever. Inhibition of prostaglandins has also been found to reduce the function of platelets and the ability of blood to clot, thus thinning the blood.

Because of the blood-thinning characteristics of aspirin, a doctor may prescribe daily aspirin therapy for patients who are at risk of suffering a stroke. Daily aspirin therapy should only be started under the guidance of a physician after carefully weighing the risks and benefits to each individual. A daily aspirin can aggravate certain conditions such as bleeding stomach ulcers, blood-clotting disorders and allergies to the components of aspirin.

Side effects to daily aspirin therapy include:

When stopping an aspirin regimen, be sure to consult your physician. Suddenly stopping aspirin therapy can trigger a blood clot that could potentially cause a stroke or heart attack. You also need to let your physician know of any other prescriptions or over-the-counter medications that you take, as aspirin can interfere with certain medications, causing side effects or changing their effectiveness. Such medications include certain antibiotics and blood thinners such as Warfarin (Coumadin).