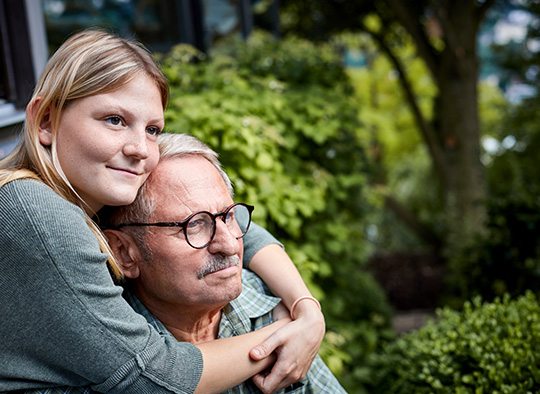 Can We Think Ourselves Young?

My parents were born in the same month of the same year, 1928, and married each other at the age of 33. Afterward, my mother gave birth to five children. Discreet in revealing her age, she often hid her driver’s license from us. I was astonished to discover her real age when I was fourteen. She and my father were ten years older than my friends’ parents. It was then my father’s consistent refrain, “I wish I were ten years younger,” made sense. It’s something we all wish for.

But research says we don’t need to occupy ourselves with our physical age to feel a sense of youthfulness. There are other ways to think ourselves back in time.

In 1979, Harvard University psychologist Ellen Langer, asked a group of 70 and 80-year-old men to take several cognitive tests prior to and after a weeklong monastic retreat. The décor and surroundings had been calibrated to match the late 1950s era, including magazines on coffee tables and television shows available for viewing. Participants were told to live as if it were 1959 and write a biography of themselves using the present tense. Cultural or political events could only be discussed from that perspective too. A week later, a second round of participants undertook the same journey, only they were told to reminisce, to write in the past tense about their life in 1959. After the retreat, in the first group, “63% made a significant gain on the cognitive tests, compared to just 44% in the control condition. Their vision became sharper, their joints more flexible and their hands more dexterous, as some of the inflammation from their arthritis receded.” Those who were told to exist for a time as their younger selves felt younger in their bodies too.

According to Ellen, she wanted to refute how “old age is taken to be a one-way street to incapacitation.” Many of those studies, appearing later in her books, Mindfulness and The Science of Positivity also showed when participants were offered a reason or motivation to engage in everyday activities, such a taking care of a house plant or creating personal relationships with researchers, they suffered less memory loss.

There were others who also set out to demonstrate how positivity influences our physical well-being as we age.

In 1975, researchers initiated the Ohio Longitudinal Study of Aging and Retirement by examining over 1000 participants. Becca Levy, at the Yale School of Public Health, has been mining that data for clues to our aging mindsets.

Too many times, we give in to our bodies or society’s perception, and decide our aging prevents us from learning a new language, moving to a different locale, or even learning to surf. Levy found those kinds of views, held by people as young as 30 can predict whether they are at risk for cardiovascular disease decades later. Those with negative impressions of aging tended to also have higher systolic blood pressure, which increases inflammation and raises the risk of health issues later.

How Can We Recalibrate?

James Cromwell, an American actor, age 82, still protests for animal rights and maintains empathy for our most vulnerable. “To me, I’m 19. I still make the same 19-year-old mistakes. Hopefully, not as many. Those same dreams and desires still inform everything that I do.” In his new film, Never Too Late, James plays a Vietnam veteran housed in a retirement home. Recruiting his old unit, he plans to escape and reunite with his lost love. Interviewed by the Independent, he states the film reminds us “you have everything taken away. Unless you give something back to yourself. You’re still alive, you’re still learning. You can still contribute. You can still make a difference. You can still inspire. What else is there?”

My youngest sister was born when my mother turned 42. After giving birth, she was told by my grandmother, “Your child will be a blessing in your old age.” We had many nicknames for our baby sister that invoked her zaniness. But her antics kept my parents feeling young. She lived closest to my parents, was first to give birth to a grandchild for whom my father doted on like his own son, and she always included them in her life.

How do we recalibrate our mindset? Writing in the present tense about an age we’d like to revert to. Maintaining our engagements and responsibilities to loved ones and to society. Making mistakes while we continually reimagine our lives. Or, in the words of the famed poet, Dylan Thomas, “Rage, rage against the dying of the light.”

Annette Januzzi Wick is a writer, speaker, and author of I’ll Have Some of Yours, a journey of cookies and caregiving (Three Arch Press) and is a recipient of a 2020 NSNC award. A frequent contributor to Cincinnati.com, her work has appeared in Grief Becomes You, Before the Diagnosis, Cincinnati Magazine, nextavenue.com, Shanti Arts, 3rd Act Magazine, and others. Visit annettejwick.com to learn more.