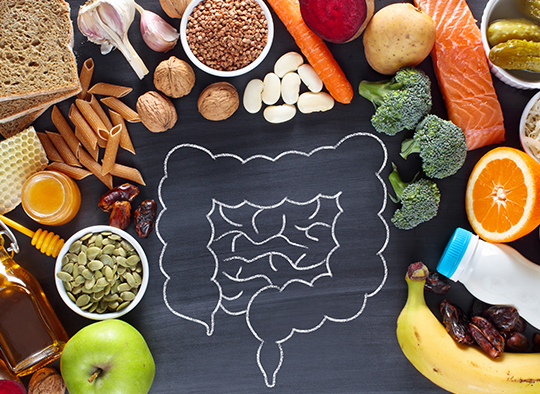 Our Brains and Our Microbiomes

As a tech recruiter, I was often perplexed on how to convey the nuances of a candidate to management. Ticking off qualifications an applicant might have checked, I also reached for an unnamable attribute and went with my “gut reaction.”

What did I feel in the moment and how did that apply to my knowledge of the environment in which the candidate would succeed? That’s what we knew of our gut at that time.

Now, researchers are learning more about the gut, and how its health relates to that of our brains.

Over the years, my mother suffered from irritable bowel syndrome (IBS). This was before we understood more about gluten intolerance or how other allergens might have caused her suffering. Her condition led to embarrassment over time. It also kept her from going out, as she feared accidents.

Had we known more about her gut microbiome, perhaps we could have walked a different path with doctors or shifted her diet before dementia set in and made it difficult to keep a chocolate cookie or a wedge of cheese out of her sight.

What is the gut microbiome? Kimberly Wilson, a London-based based psychologist with a focus on whole body mental health, and author of How to Build a Healthy Brain writes, “the microbiome is really the population of microorganisms.” This includes bacteria, viruses and yeasts, and fungi, which are present in our gut. To clarify, other microbiomes include that of your skin and your mouth. This specific one is present in the colon. All these microorganisms, in their many forms, do the work of digestion and keeping our immune systems healthy.

According to the National Center for Biotechnology Information of the NIS: “The past decade has seen a paradigm shift in our understanding of the brain-gut axis.” A “comprehensive model” is emerging that “integrates the central nervous, gastrointestinal, and immune systems with this newly discovered organ.” They also claim studies have shown potential in correlation to treatments of the gut related not just in gastrointestinal disorders, but “psychiatric and neurologic disorders, including Parkinson’s disease, autism … anxiety, … depression.”

How Does the Gut Impact Dementia?

Current studies now evaluate the relationship between IBD, irritable bowel disease of the gut, and the treatment through biologics, oftentimes considered a more natural source than medications.

According to the FDA, “Biological products include a wide range of products such as vaccines, blood, and blood components, allergenics, somatic cells, gene therapy, tissues, and recombinant therapeutic proteins. Biologics can be composed of sugars, proteins, or nucleic acids or complex combinations of these substances, or may be living entities such as cells and tissues. Biologics are isolated from a variety of natural sources - human, animal, or microorganism - and may be produced by biotechnology methods and other cutting-edge technologies. Gene-based and cellular biologics, for example, often are at the forefront of biomedical research, and may be used to treat a variety of medical conditions for which no other treatments are available.”

Data presented at Digestive Disease Week, 2022 by Ahmed Eltelbany, MD, an internist at the Cleveland Clinic, showed the use of biologics decreased the prevalence of dementia in one patient group compared control group which did not receive them.

The scientists culled their data from 26 major integrated U.S. healthcare systems, identifying all patients aged older than 65 years diagnosed with either Crohn’s disease or ulcerative colitis between 2016 and 2021. Patients were then treated with a biologic therapy. While looking for factors which would explain the presence of dementia, they also looked for the prevalence of patients with IBD compared to those without an IBD diagnosis.

They purported that much of the inflammation occurring with a Crohn’s or colitis diagnosis causes a presence of or initiates the beginnings of dementia. While there was no one to one correlation, the idea of nutrients being drained from our brains or digesting improperly can impact our health is now becoming a standard study for many health organizations.

Some of the diseases above can be triggered by gluten intolerances. My mother loved her bread and her homemade cookies. While I often thought her IBS might be controlled, as her caregiver, I had to balance that with her desires in the moment. Would she understand she couldn’t eat a cookie, especially one which held a lifetime of tradition for her? Could we have saved her embarrassment, and would this, in turn, have reduced the onset of dementia or slow the decline of her cognitive impairment?

Someday soon we will know more of these answers.

Annette Januzzi Wick is a writer, speaker, and author of I’ll Have Some of Yours, a journey of cookies and caregiving. (Three Arch Press) and is a recipient of a 2020 NSNC award. A frequent contributor to Cincinnati.com, her work has appeared in Cincinnati Magazine, nextavenue.com, Still Point Arts, 3rd Act Magazine, and others. Visit annettejwick.com to learn more.