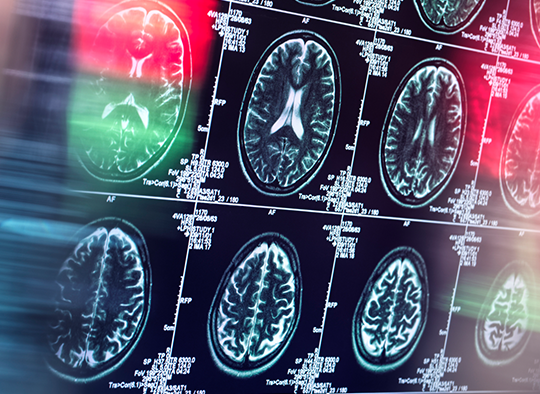 When I speak at author events, it’s not uncommon for someone to ask about the difference between dementia and Alzheimer’s, or to define dementia, in general.

In the audience at one point, a nurse who had recently undergone further dementia training noted there were 200 plus types of dementia. Agespace.com reports that number is closer to 400. Either way, it’s daunting.

According to the Alzheimer’s Association, dementia is an umbrella term that references a wide variety of medical conditions caused by abnormal brain changes, “severe enough to impair daily life and independent function. They also affect behavior, feelings, and relationships.” It is also known as a syndrome, meaning a specific cause is not known. The general signs of dementia include short-term memory loss, such as the inability to keep track of a purse or a wallet on a regular basis, unintentionally roaming away from home, or missing appointments. These actions progressively worsen over time.

Alzheimer’s disease, accounting for 60-80% of those cases, is a specific disease with markers mainly determined through a brain scan after death. In most cases, scientists can accurately predict Alzheimer’s as the culprit without testing, due to advanced stages of confusion, depression, behavioral changes, etc. Vascular dementia is the second highest occurring dementia. And younger-onset or early-onset Alzheimer’s occurs in individuals in their 40’s or 50’s. There are other diseases which might produce co-occurring dementias, in which case these are termed mixed dementias.

According to the AARP, there are six conditions which might mimic the signs of dementia, and cause concern amongst patients and their families, beginning with a common outcome of medical interactions or side effects. My father was diagnosed with depression following his move from the family home. He was prescribed an anti-depressant and called me at three a.m. to accuse a caregiver of stealing his wallet. In the light of the day, the wallet was discovered nearby. The pills had caused this state of confusion and aggression, which might otherwise have presented itself as a cognitive challenge.

Respiratory infections might also lead to delirium. People recovering from COVID-19 have reported occurrences of a temporary cognitive decline. Other imposters include a urinary tract infection, dehydration, and sleep disturbances.

Finally, normal pressure hydrocephalus is becoming more widely known as a cause for memory slippages. The AARP notes, “Normal pressure hydrocephalus (NPH) is a brain disorder in which excess cerebrospinal fluid (CSF) accumulates in the brain's ventricles, causing thinking and reasoning problems, difficulty walking, and loss of bladder control.” My father-in-law has experienced NPH for several years. Recently, his attending physician suggested there was evidence to believe more and more dementias are most likely caused by NPH that has gone undetected or tested for.

While the types of dementias vary widely, the Alzheimer Association estimates 6.5 million patients are being treated for Alzheimer’s disease.

Perhaps the numbers are difficult to determine given some patients become experts on hiding their state from those around them. According to A Place for Mom, these individuals might deny themselves the opportunity to participate in activities they once treasured. They will coverup their issues or a spouse may be complicit in maintaining the status quo, normalizing their behavior as it occurs. My mother’s humorous and not so humorous line, “I think I have that disease, what’s it called?” is a prime example of making light of a difficult situation.

My friend Ginny’s mother was known as an active woman. Her golf game was unparalleled. Ginny’s mother recently moved into a senior living community with her second husband. Ginny has concerns that her mother’s disease has become aggressive. She’s witnessed the impairment happen at a faster pace than when she watched my mother’s glacial pace of decline. Most experts would classify her dementia as Alzheimer’s. This is a constant refrain in my circles. Friends’ parents are now approaching eighty. The magical number, for now, when changes begin to slow down their acuity.

We are witnessing a wave of more individuals experiencing dementia, due to the number of aging Baby Boomers, the ability of medicine and science to prolong our lives, better detection methods, and our desire to humanize the condition and treat elder adults with compassion and respect. At an Alzheimer’s conference in 2021, researchers from the University of Washington predicted the “number of people living with dementia worldwide will triple from an estimated 57 million in 2019 to 152 million by 2050,” driven by the factors above.

In the interim, we move forward as caregivers, scientists, and community careers. The numbers mean little when you are talking about a specific loved one or individual patient. While the journey differs from person to person, the love and care must remain steady and present.

Annette Januzzi Wick is a writer, speaker, and author of I’ll Have Some of Yours, a journey of cookies and caregiving. (Three Arch Press) and is a recipient of a 2020 NSNC award. A frequent contributor to Cincinnati.com, her work has appeared in Cincinnati Magazine, nextavenue.com, Still Point Arts, 3rd Act Magazine, and others. Visit annettejwick.com to learn more.