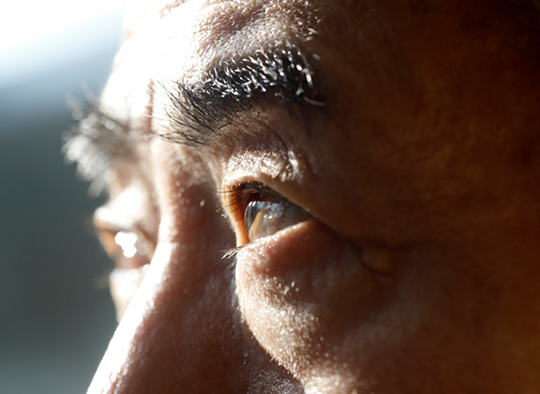 We all adhere a daily schedule to accomplish a long list of tasks, hurrying through chores so we can slow down and relish in whatever time is left over. I rush through the stands at the farmer’s market so I can take my time at home to make and eat panzanella salad and stuffed zucchini.

But what if we discovered the power of aimlessness at the farmer’s market? What if we released ourselves from the obligation of being directed, and allowed ourselves to be aimless?

Could we apply that same practice to our caregiving?

Tom Lutz, author of Aimlessness, writes how the word aimlessness suggests negative connotations of “drifting, disinterest in productivity, to have no target.” He also writes, “it can also mean to be open, unhurried, un-conniving, nonviolent.” I immediately thought of caregivers and how important this attribute is to our endurance, the livelihood of our loved ones, and our relationship with them.

It’s no secret caregivers organize their day around doctor’s appointments, visits with loved ones, family and work obligations, and time for themselves. What about the physical time spent with their loved one, in particular, someone experiencing dementia? Someone who is also unhurried. How can we open ourselves to the aimlessness of their present moment?

In a care home setting, my mother had access to the outside, weather permitting. This allowed her to circle the courtyard nonstop. Occasionally she stopped, admired the black-eyed Susans, and moved on to something more intriguing, like a hummingbird quickly flitting away from her sight.

Like my walks through the city where I set out in one direction and an innate calling directs me elsewhere, I imagine this was true for my mother. She set off on a path, was distracted by bright and shiny objects for a time and continued on her way. Arriving to visit her from my outside busy world, I slammed on the breaks of my organized life and slowed down. By mimicking or following her, I began relinquishing the need to focus.

We live our life in awe of the slacker, people we understand to have a certain rootlessness in them. For instance, writer Jack Kerouac, once called himself a “Dharma Bum.” Yet, he was a closet workaholic. Ben Franklin, an inventor, a proponent of a strong work ethic, and someone who penned witty idioms, took a daily “air bath”, napping without clothing, which occupied a significant portion of his day.

Humans exist within these contradictions, but we can make room in our overstructured lives to free our minds and explore beyond the confines of our bulleted lists.

Tom Lutz suggests a better term for this is meander. “When I choose what I attend to, when I direct my attention, I change the flow of my consciousness, I change its course.” When a river changes its course, it is called meandering. When we daydream, our mind is meandering, uninterrupted by will or reflection.

This stream of consciousness flows in many directions, as we’ve witnessed in individuals with dementia. While the term redirect is frequently used as a practice in caregiving to turn individuals away from harmful situations, we mistakenly think we must direct our loved ones at every turn. We don’t.

When my mother often rambled in conversation or her actions, she was creating a story from memory, the present moment, and from imagination. Daydreaming, her mind meandered.

Daydreaming and Our Brains

Do we daydream for as long as we are alive? A 2019 study revealed individuals living with frontotemporal dementia, defined by a progressive loss of spindle neurons in the frontal and or temporal lobes of the brain, experience the loss of daydreaming.

"Individuals with frontotemporal dementia become very rigid in their thinking," explains Associate Professor Muireann Irish from the University of Sydney, a part of the study. "They are unable to visualize alternatives, to think of solutions to problems, or to deviate from their everyday routines. Simply put, these individuals are stuck in the moment."

In the research they discovered that the minds of healthy adults wandered off the presented subject matter to “more interesting ideas.” Those with frontotemporal dementia remained fixated on the subject matter before them, reporting they were either thinking about “nothing” or about the stimulus itself. However, both groups, healthy adults and those living with frontotemporal dementia, reported the same volume of mind wandering. In essence, every participant thought they were daydreaming, despite what they reported.

Like the manifestations of dementia itself, our minds do wander off and forge new paths for us to live out. My mother’s physical meandering was legendary. Though I cannot predict what her mental meandering looked like, I like to think she was always creating a new day for herself.

Annette Januzzi Wick is a writer, speaker, and author of I’ll Have Some of Yours, a journey of cookies and caregiving. (Three Arch Press). A frequent contributor to Cincinnati.com, her work has appeared in Cincinnati Magazine, nextavenue.com, Still Point Arts, 3rd Act Magazine, Belt Magazine (forthcoming) and others. Visit annettejwick.com to learn more.