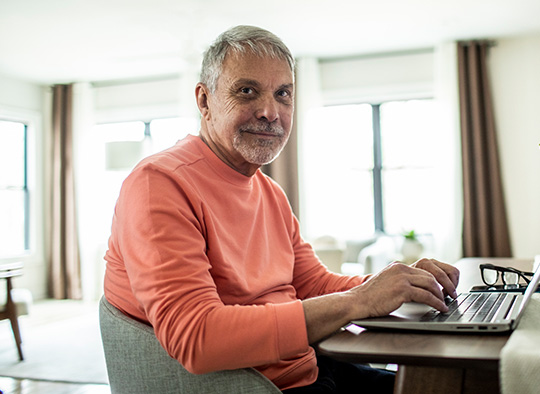 As I recall, the National Geographic magazine of my youth published stories about the natural world most of us would have never dreamed of visiting in person. There were pictures of kangaroos in Australia, penguins in South America, and mountains in Africa to climb.

Now, there’s a new study from the National Geographic Society, who owns the magazine, which has leaned into another strange new world - the world of aging. In partnership with AARP, researchers set out to confirm what those of us in our late-50s and above have already suspected or lived.

We are not our stereotypes.

Journalists and researchers gathered 2,500 Americans from age 18 into their 90s, to see how their opinions on six indicators of health, money, happiness, relationships, life stages and final years, vary over the arc of adulthood. According to the AARP, they “represented the full range of America’s backgrounds, demographics, and ethnicities. Another 25 adults age 40 and older participated in in-depth interviews.”

One question inquired, “Would you take a pill that immediately granted 10 bonus years of life?” Three-quarters of the adults said yes. However, the group of 80-year-olds were most likely to decline and better understood the condition of “healthy with conditions,” as scholars refer to that time in our lives when we are more likely to be discussing ailments than anything else.

We all age with conditions. Overall, life is good, especially for older Americans - especially for those over 60. The person you see in the mirror, the person you feel you are each morning as you engage with the world, is far different from the type of person younger generations might think you are.

Recently, I was visiting with friends at a lake where I was presented with an opportunity to ski. The early morning water was nearly soft in its stillness. I hadn’t been on waterskis in a year. On the water, no other boats cut into my wake. There was nothing stopping me from skiing the length of the long lake. The younger me might have pushed harder, but the older me knew when to stop. My body eased into the water, and I let go of the rope. Being healthy with conditions calls for knowing when to let go of the rope.

Somewhat surprising, most respondents “aren’t afraid of death,” says Debra Whitman, chief public policy officer for AARP. Indeed, the survey shows fear generally decreases with age. However, “people want choice and self-control when dying,” she says. Most survey respondents endorsed medical aid in dying, having witnessed the agony of parents who did not have access to those options, or we know more about how to control pain when the body ceases to function as it should.

Ironically, it’s not until their 80s when many people reported making plans for financial, funeral, and long-term care arrangements, thereby helping their families and medical team understand and honor their wishes.

We talk good game about not fearing death but rarely want to look at it. When my husband died at the age of 40, he and I carried on countless conversations about his wishes. Many more discussions than my parents who were in their 70s at the time. A few years later, my father had a cancer scare and a kidney removed. He finally sat down for “the talk.”

In his defense and that of others, nowadays, there are more non-profits in existence to help us understand and speak the language necessary to confront death. There are more support structures in hospice. There are more people practicing a wide variety of faiths, giving us all a wider lens from which to view life.

Though the magazine was all I once knew about National Geographic, the society is “dedicated to scientific discovery and understanding of our world.”

This includes aging. How it is viewed inside of us and outside too. When my husband and I first moved to the city after our children moved away, we went out every night. There was always free music to hear, free events to attend. Our kids joked we acted like we were in college and our city blocks were the campus. We surrounded ourselves with younger generations and learned what it was like to not be a parent. We saw who we were when we didn’t have to parent.

We discovered we were individuals. Perhaps that’s the most remarkable revelation left out by the studies. Who do we think we are?

Helping younger adults to appreciate what we still bring to the table can be accomplished by encouraging them to find positive images of aging in the older people they admire. They can ask more questions. We can divulge more. We never knew our parents were aging because they never told us they were. They never complained about it, unless with friends. The more we share about our challenges, the more we educate future generations on how to age with grace.

Annette Januzzi Wick is a writer, speaker, and author of I’ll Have Some of Yours, a journey of cookies and caregiving. (Three Arch Press). A frequent contributor to Cincinnati.com, her work has appeared in Cincinnati Magazine, nextavenue.com, Still Point Arts, 3rd Act Magazine, Belt Magazine (forthcoming) and others. Visit annettejwick.com to learn more.